"Basically, our goal is to organize the world's information and make it universally accessible and useful"

Although his mother is Jewish, he received a secular education and does not practice any religion.

When he was two years old he started attending a school that applied the famous method Montessori .

Doctorate in Computer Science at Stanford University. The Instituto de Empresa awarded him an honorary master's degree in Business Administration and was the first Alumni society recent engineering graduate award from the University of Michigan.

He met Sergei Brin in an orientation session for new students at Stanford University. At first they did not get along very well, they seemed to disagree on almost everything, although very soon they became friends and began to share ideas, especially in their mathematical interest in the World Wide Web. Between them they wrote an article "The Anatomy of a Large-Scale Hypertextual Web Search Engine".

Combining ideas they started "cramming their shared room with cheap computers" and trying new designs from search engines on the web.

YouTube CEO Susan Wojcicki rented her garage to Larry Page and Sergey Brin in 1998 when they were working on their project, which grew rapidly. fast enough and in 1996 they created BackRub , a Google predecessor search engine based on the patented PageRank technology. The project proved to be an excellent search engine, and they decided to drop out of university to dedicate themselves full time to search. They asked friends, teachers and family for financial support to buy servers and rent a garage in Menlo Park , & nbsp; California. Shortly after, Sun Microsystems wrote them a check for $ 100,000 made out to Google, Inc. but it was a problem because the company had not yet been created.

Finally, they founded Google in 1998. The definitive name was due to its resemblance to the term Gogol , which in English represents the number 10 raised to 100, alluding to the amount of information they were trying to organize.

A year later they already had a budget of 25 million dollars, and they moved their offices to the Googleplex, current Google headquarters in Mountain View , California. The company went public in 2004 and since then its shares have grown stratospheric.

Google is a firm with a market capitalization of hundreds of billions of dollars and one of the most innovative companies in the world. Several times a year it renews its product portfolio, eliminating some and putting others into service. Over the years, Google has grown from a search engine-focused company to covering a broad spectrum of industries. They have presented cars that drive themselves, autonomous robots, and even nanoparticles to identify and cure cancer.

Page was in charge of the day-to-day running of the company, Brin to special projects. In January 2011 Google announced that Page would be succeeding Eric Schmidt as CEO in April of that year. On April 4, 2011, Page officially became CEO of Google.

In 2014, Larry Page appointed Sundar Pichai as Product Manager at Google for be able to focus on other projects and businesses.

Announced his intention to retire for the second time in July 2015, to become CEO of Alphabet , a brand under which Google's assets would be reorganized.

On December 4, 2019, Page resigned from his position as CEO of Alphabet. Both Page and Sergey Brin remained controlling shareholders of Alphabet.

Following the tremendous success of Google Inc., they were honored with many awards. In 2004 they were named Marconi Fellows and Sergei & nbsp; Brin has been a speaker at various international academic, business and technology forums, such as the World Economic Forum and the Conference on Technology, Entertainment and Design.

In January 2020, Page became the eighth richest person in the world, with a net worth of $ 66.3 billion.

He was married on 8 December 2007, on the Caribbean island of Necker (owned by businessman Richard Branson) with Lucinda (Lucy) Southworth, a graduate in biomedical sciences from the Universities of Pennsylvania and Oxford. The wedding had about 700 guests who had a fleet of planes acting as taxis to and fro. They were the parents of two children, born in 2009 and 2011.

he He suffered a disease that affected his vocal cords. He was diagnosed with vocal cord paralysis after a cold he suffered a decade earlier that caused his voice to become harsher.

The Google home page is so simple because when it was created, neither Larry Page nor Sergey Brin knew HTML.

A letter from Larry and Sergey - Google Blog 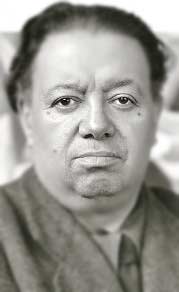