"I think there is existential anguish among young people. I didn't have that. They see huge mountains, where I only saw a small hill to climb"

His family, of Jewish religion, was forced to emigrate to the United States when he was six years old due to the lack of possibilities of progress in Russian society.

Son of Eugenia Brin, researcher at NASA's Goddard Space Flight Center, and Michael Brin, professor of Mathematics at the University of Maryland, who encouraged his interest in mathematics.


Brin had the opportunity to return to Moscow eleven years later thanks to an exchange program for brilliant students in mathematics.

He studied at the Paint Branch Montessori School (Adelphi, Maryland) where he went unnoticed among his peers, although not among his teachers. In high school he developed software that made it possible to compose music in various styles.

He then enrolled at the University of Maryland to study Mathematical Sciences and Computer Science. At that time he carried out projects such as Fleetic , a social network similar to Twitter , which did not achieve much success.

He graduated in 1993 with honors and began his graduate studies at theStanford University with a scholarship from the National Science Foundation. In that year he worked at Wolfram Research, the creator of Mathematica.


She met Larry Page at an orientation session for new students at Stanford University. At first they did not get along very well, they seemed to disagree on almost everything although very soon they became friends and began to share ideas, especially in their mathematical interest in the World Wide Web. Between them they wrote an article "The Anatomy of a Large-Scale Hypertextual Web Search Engine".

Combining ideas, they began "cramming their shared room with cheap computers" and testing new search engine designs on the web. Their project grew fast enough and in 1996 they created BackRub , a predecessor search engine to Google based on patented PageRank technology.. The project proved to be an excellent search engine, and they decided to drop out of college to dedicate themselves full time to search.

They asked friends, teachers and family for financial support to buy servers and rent a garage in Menlo Park , California. Shortly after, Sun Microsystems wrote them a check for $ 100,000 made out to Google, Inc. but it was a problem because the company had not yet been created. Finally, they founded Google in 1998.

The definitive name was Google because of its resemblance to the term Gogol, which in English represents the figure 10 raised to 100, alluding to the amount of information they were trying to organize. A year later they already had a budget of 25 million dollars, and they moved their offices to the Googleplex, Google's current headquarters in Mountain View , California.

The company went public in 2004 and since then its shares have grown stratospheric.


Google is a company with a market capitalization of hundreds of billions of dollars and one of the most innovative companies in the world. Several times a year it renews its product portfolio, eliminating some and putting others into service. Over the years, Google has grown from a search engine-focused company to covering a broad spectrum of industries. They have introduced self-driving cars, autonomous robots, and even nanoparticles to identify and cure cancer.

Page was in charge of the day to day of the company, Brin to special projects. In January 2011 Google announced that Page would be replaced by Eric Schmidtas CEO in April of that same year. On April 4, 2011, Page officially became CEO of Google. In 2014, Larry Page appointed Sundar Pichai as a product manager at Google so he could focus on other projects and business.

In 2015, Google formed Alphabet Inc., a holding company, a conglomerate of Google-owned subsidiaries. On August 10, 2015, Sundar Pichai was appointed CEO of Google. In February 2016, he was awarded 273,328 shares of Google Alphabet, worth $ 199 million, and This brought their values up to $ 650 million. Larry Page and Sergey Brin, published in December 2019 a letter announcing the restructuring of the company, which leads to Sundar Pichai, CEO of Google, also becoming the CEO of Alphabet .

Page and Brin mentioned that both continued as Alphabet employees maintaining an active role as shareholders and members of the technology board of directors.

Following the tremendous success of Google Inc., they have been honored with many awards. In 2004 they were appointed Marconi Fellows and Sergei Brin has been a speaker at various international academic, business and technology forums, such as the World Economic Forum and the Conference on Technology, Entertainment and Design.

He married Anne Wojcicki on May 5, 2007 in the Bahamas. The wedding was celebrated on a sandbar, with the presence of about 60 people, and mixed Jewish traditions with unconventional elements (they married in bathing suits and instead of rice they celebrated it with a water war). Anne is a biotechnologist graduated from Yale in 1996 with a BA in biology. She met Brin through her sister Susan, who sublet the garage in the house she lived in.

Sergey Brin model with Google Glass Amanda Rosenberg, not only broke up her marriage but also deteriorated her relationship with search engine co-founder Larry Page, who stopped speaking to her for a season after news of the romance broke out.

In June 2015, Brin and Wojcicki divorced. In 2018, he married Nicole Shanahan, a founder of legal technology. They have a daughter, born at the end of 2018,

Eugenia Brin, Sergey's mother, was diagnosed with Parkinson's, and in 2008, he made a large donation to the University of Maryland School of Medicine, where his mother was treated. He has inherited, like his brother, a genetic mutation that indicates a predisposition to the disease: he has a 50% chance of developing it.

Like his mother, he also has interests beyond the planet and believes in the exploration and commercial development of the space frontier. He is the co-founder of Orbital Mission Explorers Circle, a company dedicated to space tourism. It also funds the contest to bring an unmanned spacecraft to the Moon.

Brin is a non-practicing Jew. 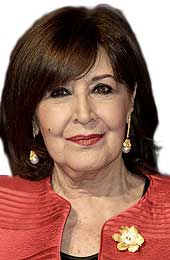